Defining a
Brand Purpose on Social

The BBC is known around the world and its shows are some of the best – so there’s a perception that handling its social media platforms must be a piece of cake.

It’s an easy mistake to make. Yes the BBC is a beloved entity and beacon of quality around the world, but outside the UK it has so many different missions that it can be challenging to find a clear message..

In the Netherlands and Belgium we work with BBC First, a channel that brings together the very best of cozy British Crime along with other high-end drama (from other British channels) as well as a curated selection of edgy titles that appeal to a younger audience. It’s our job to bring all these elements together in a way that differentiates the channel from other BBC offerings, showcases the range without alienating the core audience and connects the thoroughly British sensibility with an international social community.

Our biggest challenge is showcasing the broad range of shows available on BBC First. We’re cherry picking the fan favourites to spark conversation, testing and learning from the current linear priorities and foregrounding edgier shows.

Our aim is to bring in younger viewers in order to diversify the audience without sacrificing engagement. 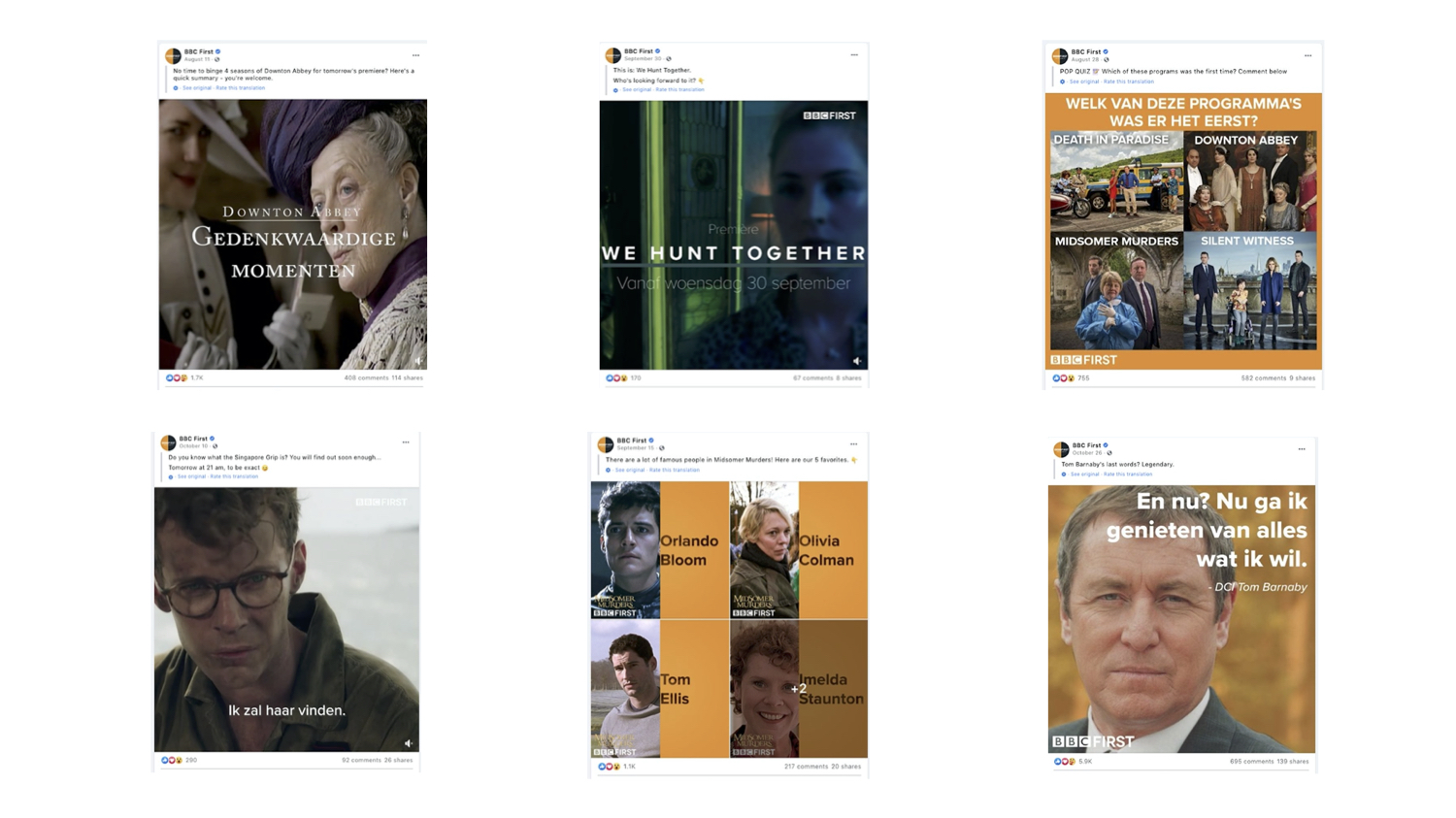 BBC First is not the only BBC Channel in the region. We need to publicise ourselves and our shows in ways that connect with the viewers and develop a distinct and vibrant BBC First community. 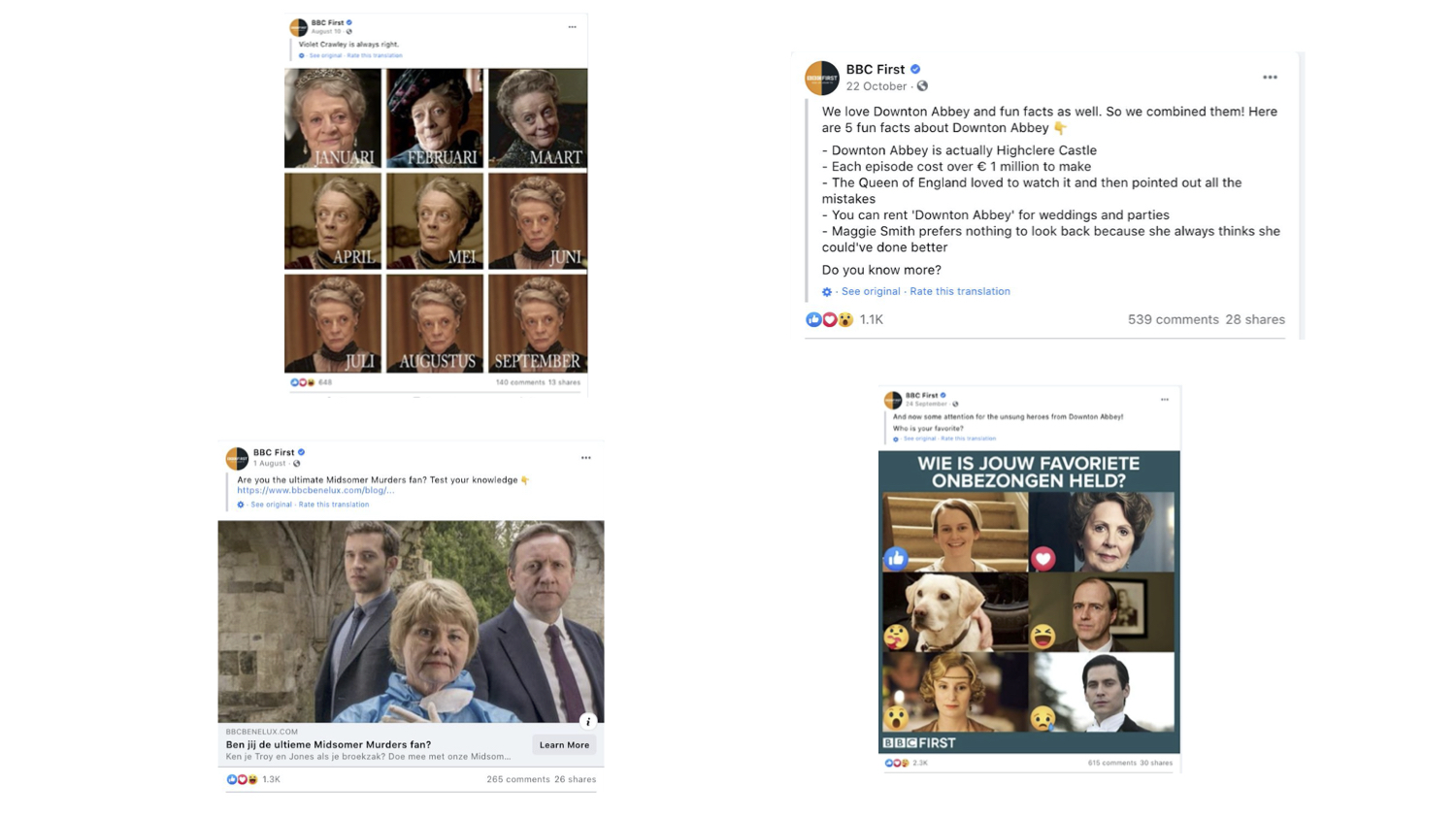 Finding ways to connect in a broad European market with specific quirks is hard enough.

When you’re trying to do it with quintessentially British content you need to find the things that resonate with the most people. Luckily we’re really good at getting under people’s skin.

Our fans are our favourite. We don’t just wait around for them to chat to us – we find ways to start those conversations. 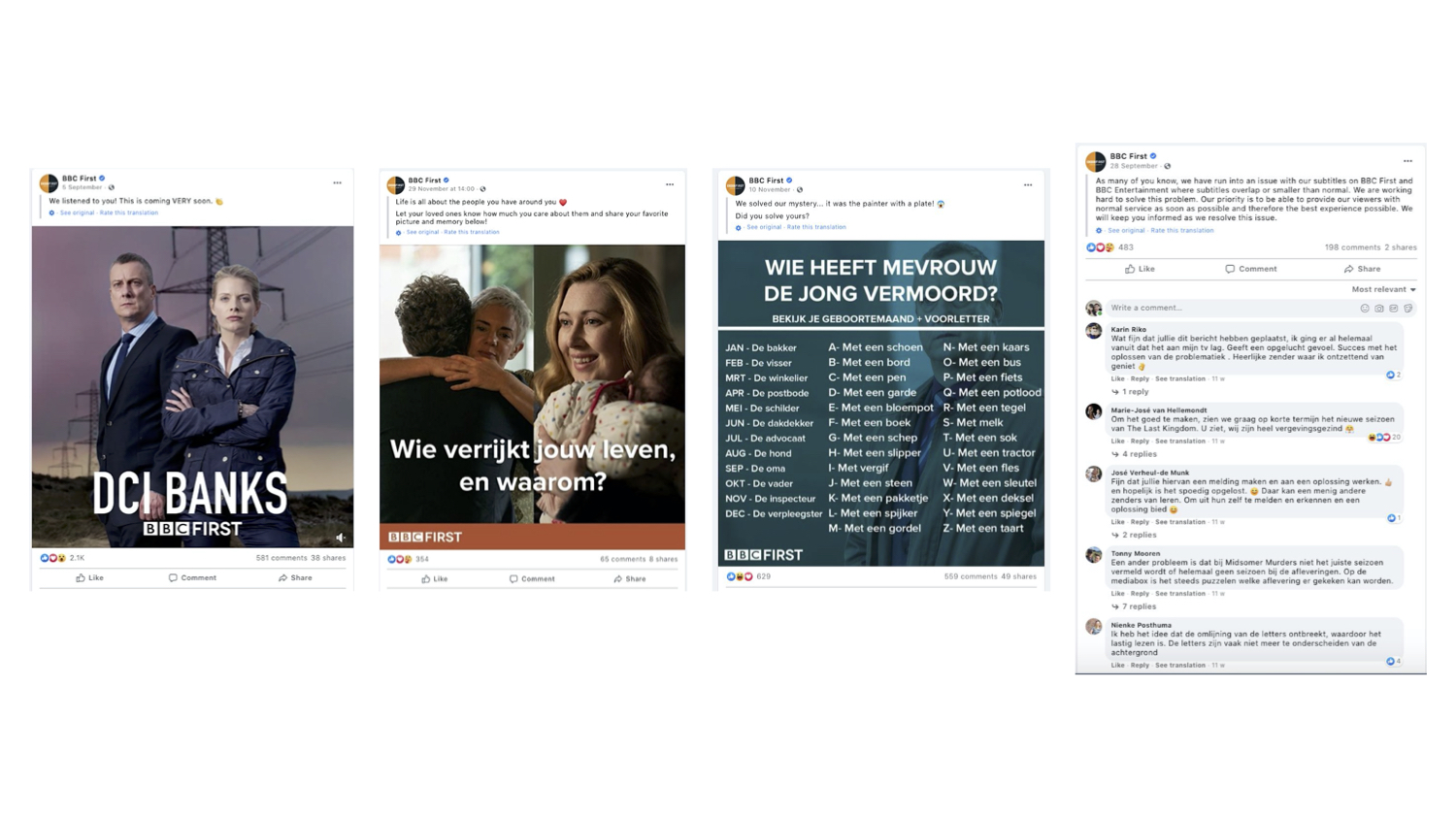 When you’ve got such an engaged audience it would be stupid not to reach out to them to talk about all the ways we can do better. 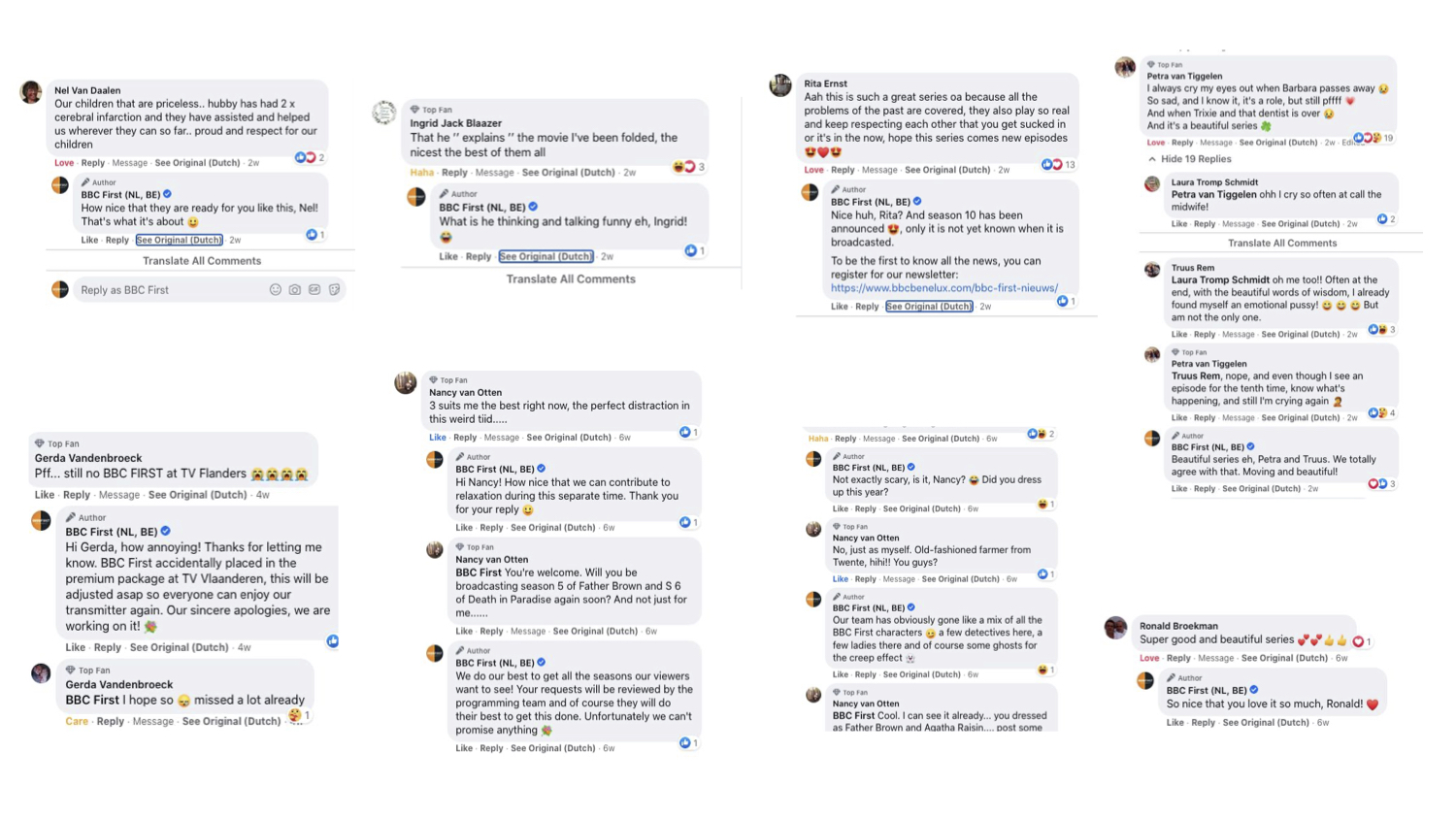 For more info on this case study or to chat about how we might be able
to work with you email the team at hello@wilderness.agency

Back to our work

Cutting through the noise and defining a brand on social.
see project

Want to know how we made NOW TV the home of entertainment?
see project
Get in touch

We are proudly independent industry leaders

This website uses cookies to improve your experience while you navigate through the website. Out of these, the cookies that are categorized as necessary are stored on your browser as they are essential for the working of basic functionalities of the website. We also use third-party cookies that help us analyze and understand how you use this website. These cookies will be stored in your browser only with your consent. You also have the option to opt-out of these cookies. But opting out of some of these cookies may affect your browsing experience.
Necessary Always Enabled
Necessary cookies are absolutely essential for the website to function properly. This category only includes cookies that ensures basic functionalities and security features of the website. These cookies do not store any personal information.
Non-necessary
Any cookies that may not be particularly necessary for the website to function and is used specifically to collect user personal data via analytics, ads, other embedded contents are termed as non-necessary cookies. It is mandatory to procure user consent prior to running these cookies on your website.
SAVE & ACCEPT