Why Wikipedia represents the best of the internet

Wikipedia represents the best of the internet. Or the best of what the internet could have been. It’s free, community-run, and purpose-driven. Not only that but it is has a genuine utility and is so easy for anyone to use.

Today the site hit an incredible milestone, it’s 20th year since launch. So I thought it a worthwhile time to reflect upon what the site means and look at the impact Wikipedia has had on the world. 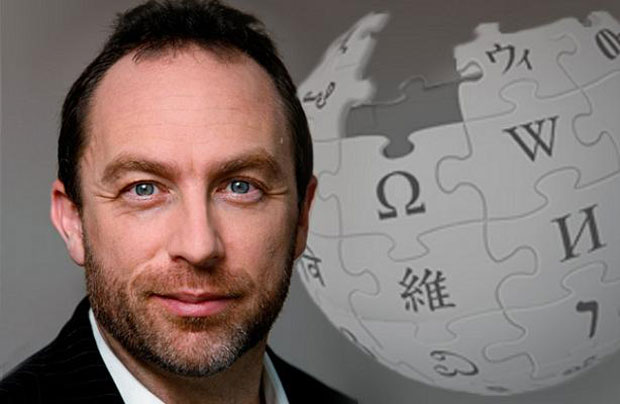 The site was founded by Jimmy Wales and Larry Sanger and launched on January 15th 2001. It started out as a complementary site to Nupedia, an online encyclopedia, of the time which was edited by a group of experts. Wikipedia had legendary computer Ward Cunningham to thank for his pioneer wiki technology which the site was based upon.

To give you some context of what the internet was like in 2001, MSN reigned supreme as the most popular site on the web and there were absolutely no social media sites in the top 50 web properties at the time. The fledgeling Google had just started to gain popularity but was still not one of the top 10 sites at the time. However, what set Wikipedia apart in those early days, and probably one of the core reasons for its continued success today, is that there was no central organization that would control the editing but that the community would instead be responsible for adding and policing articles and entries.

Now, of course, there is an Arbitration Committee but they only police highly disruptive or sensitive situations on the site. The vast majority of content on the site is added, edited, and verified by the community. This community approach to gathering the world’s information has allowed Wikipedia to spread to over 300 languages worldwide with over 50 million articles with an estimated worldwide monthly readership of over 495 million people across the globe.

That is an incredible achievement for a site that remains free to use and importantly free of advertising. A site un-polluted by banner ads or the need for sponsored editorial content. A site that is supported through donations of those that use it. A site so good that millions of people feel compelled to give it money. A sure with such a clear and important value to the world that you want to see them succeed in their mission.

I can think of few sites on the internet that have had as lasting and crucially as positive an impact on society than Wikipedia. It stands tall as a true representation of the power of the internet to do good. Those early formative years of the internet provided so much promise and hope that this newly emerging technology would connect the world for the better. Few if any sites today live up to that promise, with the exception perhaps of Wikipedia.

As Eli Pariser and Talia Stroud have written in their insightful new research New Public we need to consider digital platforms in the same way we do our thriving public spaces, free to use and owned by the community rather than corporations. We’ve seen in recent weeks social, search, and advertising platforms having to take great steps to curb misinformation both around the US election and COVID-19 pandemic and vaccine. Perhaps, in its 20th year, Wikipedia offers us a model of what public platforms could and perhaps should be. In an era of “truth decay”, as writer Jennifer Kavanagh coined it, we are seeing a huge proportion of the public turning their back on known facts and truth for alternative facts and ideas that can lead to conspiracy theories and even dangerous and extreme views of the world.

Yet despite this fractioning of truth Wikipedia remains a corner of the internet where fact, knowledge, and accuracy are policed and protected by a community of people invested in maintaining the health of the platform. Not for profit or personal enrichment but for the sake of the world’s collective knowledge.

The site is not perfect neither is its community of editors and moderators. As Alex Pasternack picked out in a recent piece for Fast Company. In an attempt to remain neutral the site’s editors struggled to find the right language for the recent insurrection and attempted coup in the US Congress. Not only that but the site has had to tackle various cultural challenges no more so than when an editing war broke out on the Indian Wikipedia following an edit made in July 2019 but an anonymous Wikipedia to the article about “Jai Shri Ram”, a Hindi expression that translates as “Glory to Lord Rama”. As Omer Benjakob wrote in Wired the edit war spilt over to other articles on Wikipedia, including one about the 2020 Delhi riots demonstrating the fragility of the community-led approach.

But in truth, I’ll take the odd misstep in a quest for genuine impartiality given the alternative is both divisive and on occasion dangerous. Twitter and other social platforms have shown us what can happen when misinformation and conspiracy theories are amplified and left to spread to mainstream audiences.

The resulting erosion of trust both in our media and our politics can lead to real societal issues. Wikipedia operates by a statement of principles published on the site, setting it apart from many other publishers and social sites.

These eight clear guiding principles allow everyone to understand how and why decisions are made on the platform and act as a guiding light for the direction of the site long term. Just imagine if Twitter had this?

As someone who grew up as the internet and the birth of home computing was emerging I have fond memories of the early days of Wikipedia. I remember visiting the local library in my hometown, before we got our first PC, and accessing the Encarta encyclopedia online. When we finally got our first Windows 95 operated home PC with Internet Explorer I was in my early teens thrust into a new online world. It wasn’t until I was in college that Wikipedia came about and I remember marvelling at the simplicity of the site, that remains today, with its small search bar in the far right-hand corner of the screen acting as a window into a world of knowledge and obscure facts that I would feast on and then regurgitate in class the following day.

For a lad who grew up in a small town in the north of England, this window into the wider world was exhilarating and felt completely new. I remember growing up and making regular visits to our local library aware that the small array of books were not the limits of what was available and it wasn’t until google and then later Wikipedia came along that the world’s knowledge opened up to me and anyone else with a dial-up internet connection.

So, despite its flaws, I think we are all better for having one place on the internet free of constraints of the advertising industrial complex and where there is a focus on reliability and truth with no other agenda than to share the world’s knowledge. If only more of the internet had taken the example set out by Wales and Sanger some 20 years ago perhaps we might all be living in a different world.

But it is worth going back in time to 2005 and hearing directly from Jimmy Wales himself on how he assembled “a ragtag band of volunteers,” gave them tools for collaborating and created Wikipedia, the self-organizing, self-correcting, never-finished online encyclopedia.

Back to listings
Get in touch

We are proudly independent industry leaders

This website uses cookies to improve your experience while you navigate through the website. Out of these, the cookies that are categorized as necessary are stored on your browser as they are essential for the working of basic functionalities of the website. We also use third-party cookies that help us analyze and understand how you use this website. These cookies will be stored in your browser only with your consent. You also have the option to opt-out of these cookies. But opting out of some of these cookies may affect your browsing experience.
Necessary Always Enabled
Necessary cookies are absolutely essential for the website to function properly. This category only includes cookies that ensures basic functionalities and security features of the website. These cookies do not store any personal information.
Non-necessary
Any cookies that may not be particularly necessary for the website to function and is used specifically to collect user personal data via analytics, ads, other embedded contents are termed as non-necessary cookies. It is mandatory to procure user consent prior to running these cookies on your website.
SAVE & ACCEPT